Set 6 – 7 hours’ drive north-east of Lusaka, Kasanka National Park has been privately managed and funded by the Kasanka Trust for many years. It was the first of Zambia’s National Park under private management and is entirely reliant on tourism revenue and charitable funding. Whilst not a very large Park by Zambian standards it is a valuable conservation area with diverse flora and fauna including many endangered species and exceptional birdlife.

Top of the list for most visitors are the elusive Sitatunga antelope, there is a hide (Fibwe hide), set high up in a tree, with a rather worrisome ladder giving access from which these rare animals can be viewed.

The area is probably most famous for being the centre of the world’s largest mammalian migration, in November and December each year some estimated 5 million straw-coloured fruit bats arrive in one particular forest of trees in Kasanka. The spectacle of seeing these bats leaving their roosts at dusk or returning the following morning is something that will stay with you forever.

Wasa Camp is in the eastern side of the Park close to the Park gate and also to Fibwe Hide, Luwombwa is to the west set on the Luwombwa river, most visitors to the Park do not venture as far as Luwombwa, it is not a destination that usually keeps people for more than 2 or 3 nights so a stay at wasa is usually enough.

There is an air strip at Kasanka so charter flights can be arranged from Lusaka. 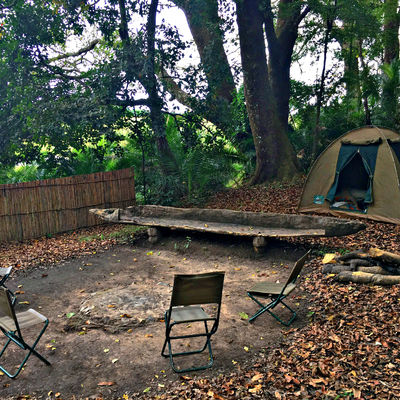